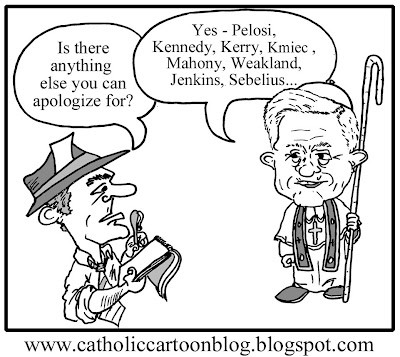 Couldn't you just imagine it? The Pope given an opportunity to apologize for all these awful "Catholics" in the public square and in the hierarchy? That would be just too rich.

Fruits of Vatican II indeed!
Posted by Paul Nichols at 9:25 AM 19 comments: 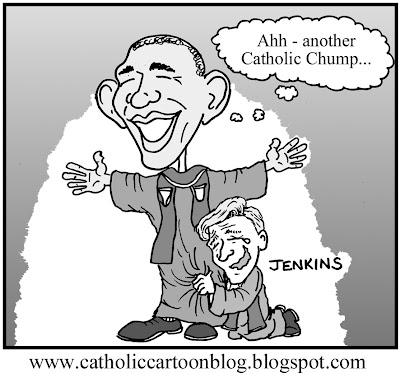 The Curt Jester has plenty of good stuff on it :
http://www.splendoroftruth.com/curtjester/
Posted by Paul Nichols at 8:54 AM 5 comments: 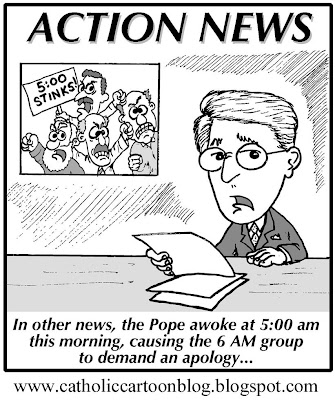 Another day, another aggrieved group is upset with the Pope. Seems every day, someone is demanding an apology from the Pope for some transgression, be it ancient, recent, true, or untrue.

He simply can't win, because the deck is stacked against the Church. If the Church refuses to be bullied into an apology, well, that means it's rotten and awful. If She does apologize, well, the apology just isn't profound enough.

The Church needs to stop worring about what the "world" thinks of Her. The "world" hates Her and always will. No amount of politically correct kowtowing will change it.

It might be time to get some plywood and cover up those windows to the world that were opened up after Vatican II.

Read all about it at The Jerusalem Post:
http://www.jpost.com/servlet/Satellite?cid=1242029498309&pagename=JPost%2FJPArticle%2FShowFull 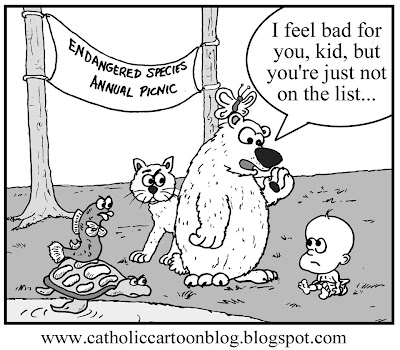 Catholic News Agency has the story of another "Catholic Democrat" (Rep. Jessica Farrar (D-Houston)) who's introduced some measure in Texas that basically gives you 12 months - after the birth - to kill your baby - just in case you couldn't get the job done prior to the birth.

As a "stunt" bill, maybe a good Catholic legislator (is there one?), should introduce a bill in Congress adding the pre-natal and post-natal human to the Endangered Species List. Or is that just for plants and animals?

Here is the link to the story:
http://www.catholicnewsagency.com/new.php?n=15897
Posted by Paul Nichols at 9:53 AM 6 comments: