One of these KNOWS he's the dummy... 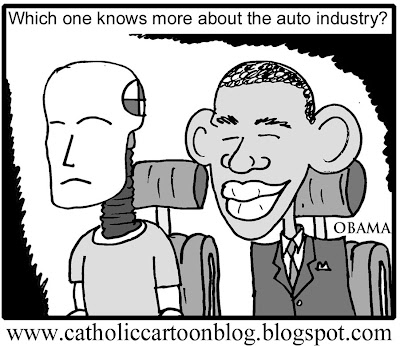 Well, now we have the government determining who runs companies. Obama seems to be playing to the crowd for whom "Get the rich!" sounds like a good economic program. Will the government stop at GM? Or maybe with those companies who've received bailout money? Or maybe they'll stop at Mom and Pop's Corner Store?

So the same government who gave you Social Security, Medicare, Publik Skools, Welfare, and Socialism now proposes to give you automobiles.

Jenkins digs in his heels at Notre Dame 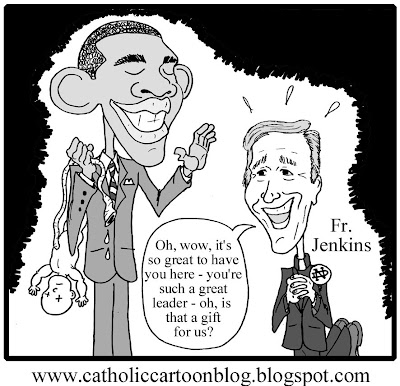 Fr. Jenkins over at Notre Dame says :"We will honor Mr. Obama as an inspiring leader..."

An inspiring leader? Of what? The Abortion On Demand A Cappella Choir? He's certainly a leading figure in the Culture of Death. For this "leadership" he should be honored at a supposedly Catholic college? What's next? Will Grambling University invite David Duke to speak? Oh, wait, that couldn't happen, because the folks at Grambling don't hate their own the way today's Cultural Catholics do.
Posted by Paul Nichols at 9:19 AM 15 comments: 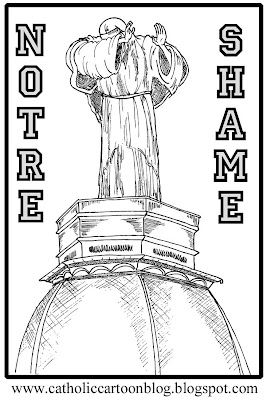 Some genius over at Notre Dame thinks it would be great if President Obama gives the commencement address this year.

Sign the petition against this : www.notredamescandal.com
Posted by Paul Nichols at 9:45 AM 16 comments:

They probably hate Lent down under the sea... 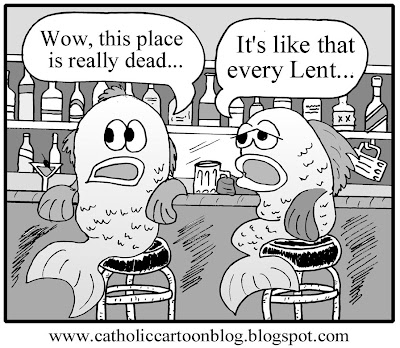 Posted by Paul Nichols at 10:27 AM No comments: 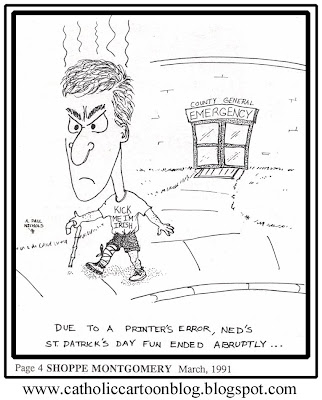 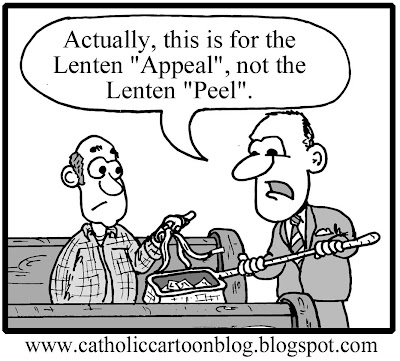 Don't try this at your parish!
Posted by Paul Nichols at 11:56 AM 2 comments:

The New Altar in American Catholicism? 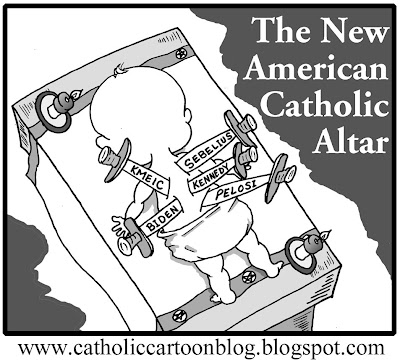 The American Spectator has an article on how "Catholic" Democrats are doing the heavy lifting when it comes to promoting abortion, and whether Herr Obama is actively working to fan the flames within Catholicism by choosing the worst among us for positions of power in his administration.

I wonder how long it will be before this embarassment is dealt with by the Church. Not that I expect the American Church to actually do anything to really deal with these imposters, since so many in the upper echelons of the Church over here are on such friendly terms with the Democrat party.

We've witnessed a recent (and ongoing) flap over Bp. Williamson from the SSPX, and how his personal opinion on a historical event should disqualify him from being welcomed back into the Fold. At the same time, here in America, we have scores of Democratic Catholic politicians openly and actively dissenting from the very FAITH itself, and nobody questions their membership.

I'm sure the Hades Millstone Company is adding a whole 'nuther shift to keep up with the demand...
Posted by Paul Nichols at 11:33 AM 11 comments: