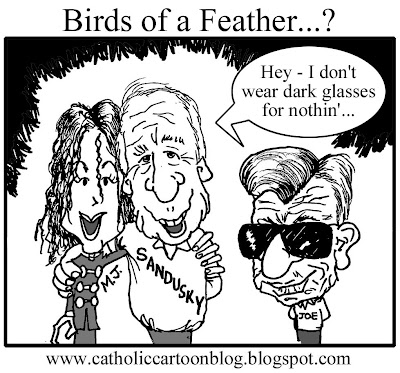 Being a transplanted resident of the Commonwealth of Pennsylvania, you can't go anywhere around here without seeing the Nittany Lion. The horror of what transpired at the hands of Jerry Sandusky is eclipsed only by the further horror of how many people at Penn State knew about it and covered it up, especially the biggest Nittany Lion of them all, Joe Paterno. Pile on top of that all the "JoePa" defenders out there, who see this as all just some inconvenient, minor issue, and you've got yourself one awful stew of rot.

Jerry Sandusky is just another in a long line of those out there who hide behind a veil of "loving kids" - all the while getting winks and nods from those who issued pass after pass for their behavior. Am I the only one who sees in Sandusky a fatter, whiter (though not by much) version of Michael Jackson? Birds of a feather, indeed.

As they say, hangin's too good for 'em. All of them.
Posted by Paul Nichols at 6:21 PM No comments:

Keep an eye on your liberal friends this Advent! 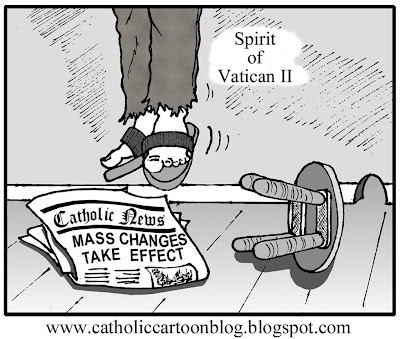 Well, the time is upon us. The new translation is just a week and a half away. Here's a video of an interview with Fr. McBrien and Sr. Chittister regarding the changes taking place in the Church today to restore reverence and tradition: http://www.youtube.com/watch?v=laxyoaHOP1c&feature=related

The liberals are fighting mad over these (minor, in my opinion) changes coming to the Mass. As Advent begins, please keep an eye on your liberal friends for signs of hives, convulsions, profuse sweating, gout, & thrush as adverse reactions to the new translation. 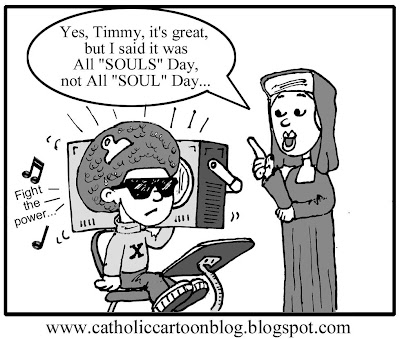 All Souls Day seems to be the perpetual "little brother" to All Saints Day. It appeals to me a little more than All Saints because I focus on all of my family members who've gone on to their reward. Maybe because it's a little more personal.
Posted by Paul Nichols at 12:27 PM 1 comment: