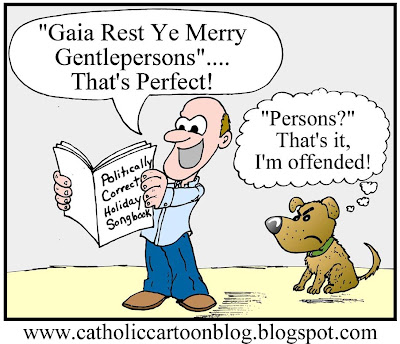 In case you missed it, the Geniuses over in England are watering down the Christmas Hymns now to the point where I don't even know why they should even try singing them.

We're all aware of the subtle (and not so subtle) changes that have been made, especially by the Faith Haters over at Oregon Catholic Press, but here we have (supposed) the hierarchy of the Church of England doing it!

If you water these things down to ensure that nobody, or no species is offended, I suppose all you'd have left is to just open your mouth a just say "Aaaaah". But heck, then you'd offend the mute people in the world.

The Holiday That Dares Not Speak It's Name...

It's good to be back! 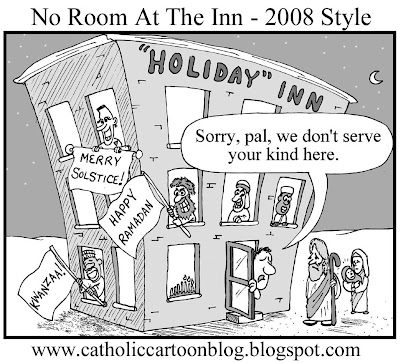 Christmas - the ONLY Holiday where it's okay to reference in code, but you'd better not say it outright!
Posted by Paul Nichols at 12:58 PM 8 comments: