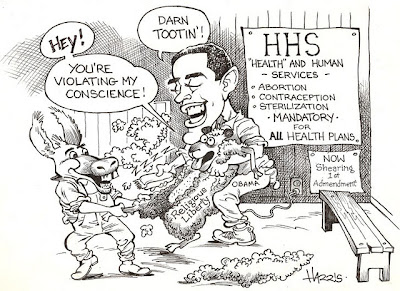 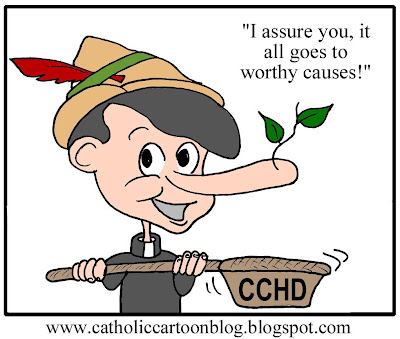 The Catholic Campaign for Human Development will be rearing it's ugly head again soon in a parish near you. Don't be fooled by the public relations spin being staged by the USCCB.

Read the full report from the American Life League regarding CCHD. Click on over to http://www.reformcchdnow.com/ to see the whole sordid mess. 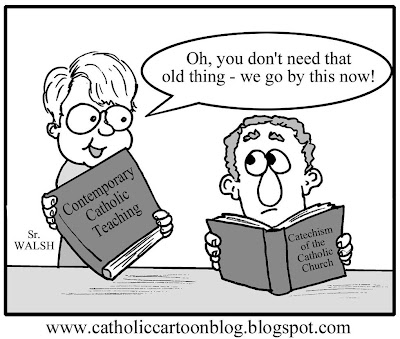 Sr. Mary Ann Walsh, director of media relations for the USCCB, recently posted on the death penalty on the USCCB Media Blog.

Naturally, she's against the death penalty, which is okay. It's her reasoning that catches the attention. Of course, the disparity of minorities on death row is highlighted (without the balancing fact that minorities commit a disproportionate number of crimes). She mentions the many cases where someone on death row has been found to be innocent through DNA testing.

But then she says the following:
"Contemporary Catholic teaching opposes the death penalty. The Catechism of the Catholic Church finds it acceptable only when there is no other way to protect society from a dangerous criminal."

Well, which is it? Does the Church allow for it or does it oppose it completely? It's almost as if she's saying that the Catechism teaches one thing but our "contemporary" teaching is different. I've only been back to the Church for 13 years, but I know that the Church can't teach that something is both right and wrong. When the Church opposes something, She does so officially and completely, as in abortion.

Is Sr. Walsh tipping her non-existant habit to the fact that, for all practical purposes, the liberal wing of the American Church has it's own set of rules, or that their "contemporary" thinking actually improves upon the Catechism?

Think they'd accept the offer? I'm not holding my breath.
Posted by Paul Nichols at 10:40 AM 4 comments:

The Fight is Joined! 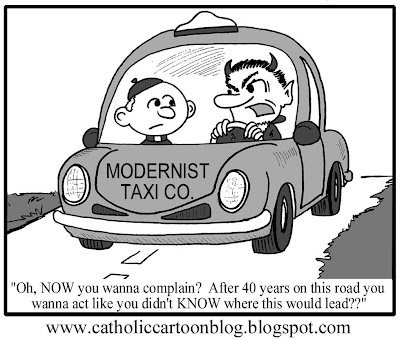 While it took the Bishops 40 years to see that joy-riding along with the popular culture is a death sentence, let's be thankful that we've got some Catholic colleges joining the fight!
(Thankfully, Mount St. Mary's is one of them):
SUNLIT UPLANDS: Catholic Colleges Unite to Defend Religious Liberty
Posted by Paul Nichols at 5:37 PM No comments: 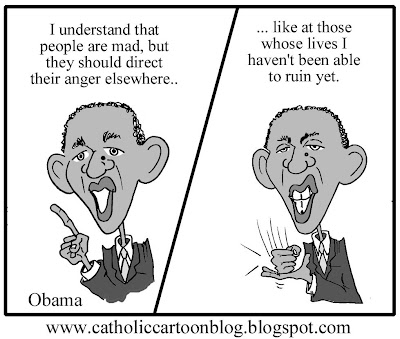 Posted by Paul Nichols at 10:37 AM No comments: 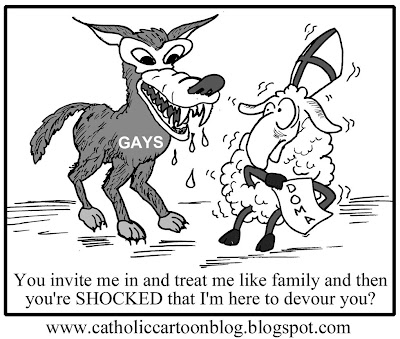 The Bishops are forming an Ad Hoc Committee on Religious Liberty in response to the threats of the federal government.

The cornerstone on this threat has been, and remains, the creeping acceptance of homosexuals. This acceptance by society, and its full-throated endorsement and advocacy on the part of the entertainment industry, is now backed by the jack-boot of government. And NOW the Catholic Bishops of America are taking notice?


Forgive me for being a little cynical here.

For years, polls have indicated that self-identified Catholics are much more liberal on homosexuality than many Protestant sects out there. And why is that? Well, as any student from a 1970's era Catholic High School could tell you, the "leadership" has been very accommodating with regard to homosexuality. Archbishop Dolan himself has been very welcoming, if all the reports out of New York are true.

What's amazing to me is that the Bishops are "shocked" at what's happening. Really? When the rest of us saw this coming way back when Clinton was in office? Sure, we should continue to fight the increasing secularism out there, and yes, it's good that the Bishops are taking note of it all. But it still seems to me a bit like showing up in Saigon in 1976 and asking where they sign up to fight the Vietnam War.
Posted by Paul Nichols at 2:32 PM 6 comments: