It's all a conspiracy! 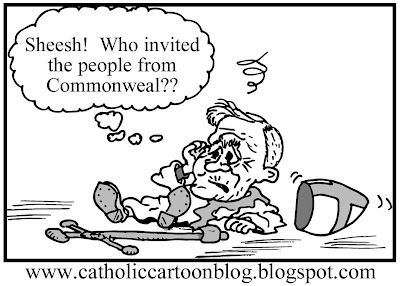 I wonder if the Christmas Incident will get any twists in Dan Brown's next book? Surely it was the work of some sinister force. Did anyone check where the people from Commonweal were? Or the National Catholic Distorter? And what IS the connection between the supposed lone rail-jumper and the enemies of Summorum Pontificam...? 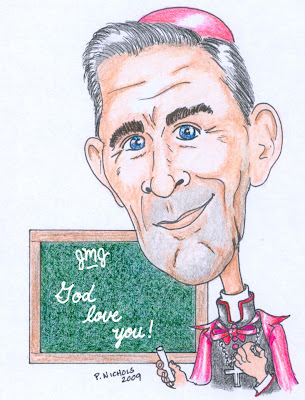 With practically nobody else working at my company, I figured I'd get some sketching done...
Posted by Paul Nichols at 2:38 PM 6 comments: 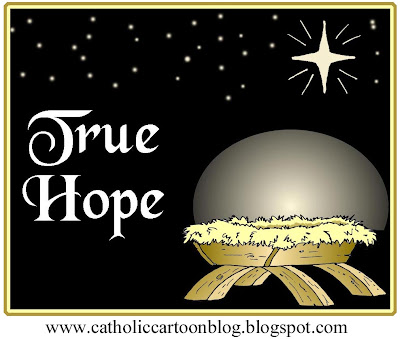 Doug Patton of Canada Free Press has a great article to go along with this cartoon.

There will be plenty of time in the New Year to discuss health care, global warming, the development of nuclear weapons by our enemies, and so many other topics concerning the fight for freedom in 21st Century America. With so many people disillusioned with the “hope and change” proffered recently as a substitute for true faith, this might be the best of times to examine the only true hope of humanity.

Read the entire article:
http://www.canadafreepress.com/index.php/article/18140
Posted by Paul Nichols at 10:07 AM No comments:

A change of pace 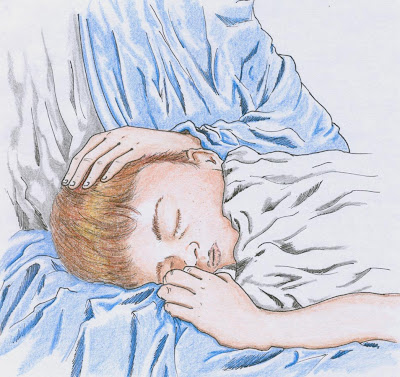 I've always thought that one of these days I might grow up to be a real artist, but as time marches on, I suppose I'll have to be content with what God's given me.

I've always wanted to do something involving the Blessed Mother, but for some reason, the face is a hang up. With all of the beautiful artwork done over the ages, and still today, I can't do her justice. So I won't try.

But - there must be something I can do.

So I visualize who she is to me - comfort.

As a boy, she basically became the source of all motherly comfort for me. A mother always loves you, always understands. She's always calling us to her, and by doing so calling us to Jesus and to His Church.

This sketch is my humble attempt at artistic (using the term loosely) devotion.
Posted by Paul Nichols at 1:00 PM 16 comments:

Which one of these is not like the others? 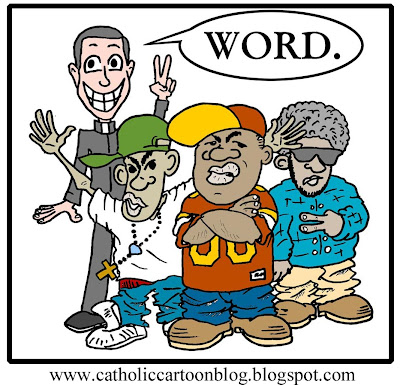 Now that Christmas card season is done, I thought I'd catch up on some of the Catholic news I've been missing.

Apparently the Vatican has a MySpace page? Well, I suppose once you've jumped on YouTube, all the other social media can't be far behind. But I read that one of the songs on the Vatican playlist is by Tupac Shakur? I had to double-check, because that sure sounds like a Curt Jester April Fool's prank.

But sure enough, it's there. And over at Catholic Sensibility, I see that some Paulist Father thinks it's an excellent choice for Advent: "I can’t help but think that Shakur’s song makes a fine Advent anthem. This holiday season is all about change and renewal. That grasshopper-eating prophet of repentance, John the Baptist, takes center stage in the liturgical readings, exhorting his followers to make way for a new day."

Um, yeah. What's next - will they add "Creeping Death" by Metallica, which sings about the Passover (believe it or not)?

Try as they might, too often when the Church tries to "be relevant" it just comes off as a little...lame.

Link: http://catholicsensibility.wordpress.com/2009/12/08/vatican-music-page-includes-tupac/
Posted by Paul Nichols at 10:35 AM 6 comments:

What the Hell, indeed.

No cartoon needed. Besides, any cartoon I'd come up with would be too offensive.