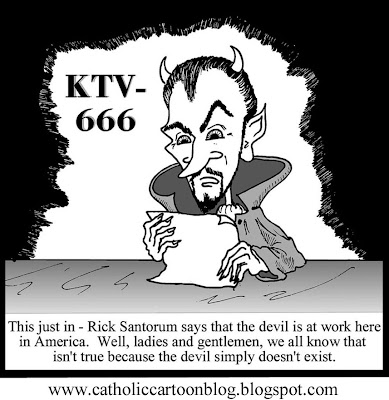 The media's perspective. Screwtape himself couldn't do a better job of reporting on this!
Posted by Paul Nichols at 11:50 AM 1 comment: 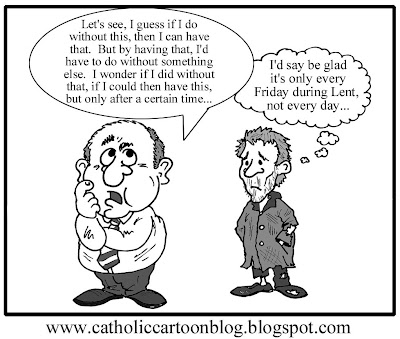 In observing our Lenten Fasting Obligations, most of us look for just how much wriggle room we have. Fr. Z has a good post on just what Da Rulez are:
http://wdtprs.com/blog/2012/02/ash-wednesday-fasting-abstaining-and-you/
Posted by Paul Nichols at 12:11 PM 3 comments: 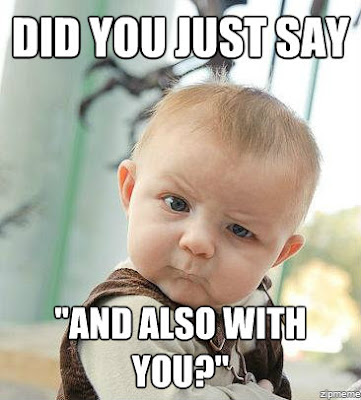 The First Cut is the Deepest - and probably not the last... 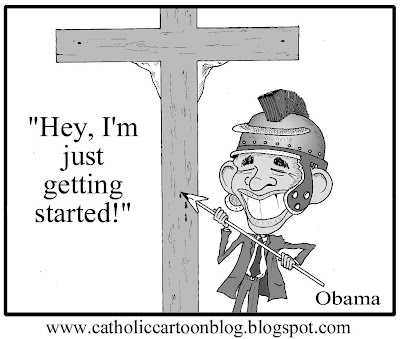 To me, Obama's assault with his HHS mandate regarding contraception is just part of the opening act of his attack on religious freedom here in the States. He knows that if he can make this pig fly, that will open the door to even more interference from Big Brother. If he can violate religious freedom under the guise of "public good", what's to stop him from forcing all churches to marry same-sex couples? Or make the Church admit women to the priesthood?
Thankfully, our Protestant brethren, especially the Southern Baptists, recognize this as not just an assault on the Catholics, but an assault on ALL Christians.
Posted by Paul Nichols at 11:55 AM 4 comments: 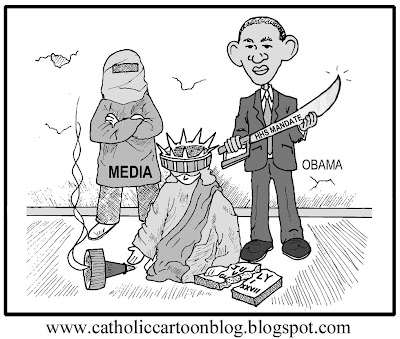 If the government is allowed to get it's foot in the door on religious liberty, just think on what it will do next. It will kick the door in and start dictating to all the Churches that they MUST toe the government line on any number of issues (read: same-sex marriage).
Posted by Paul Nichols at 11:30 AM 1 comment:

Well, if Jesus could clear out the Temple... 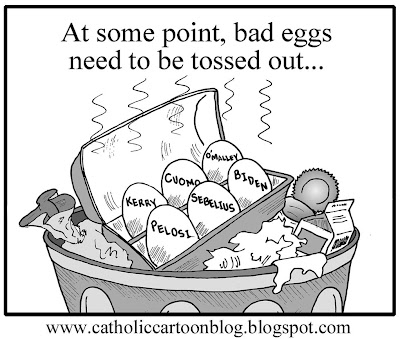 ...why won't the Church throw out the bad eggs? Nancy Pelosi once again thumbs her nose at the Church. At what point does the Church finally say "enough"? Is it because the American Bishops have been in bed so long with the Democrat party that they can't bring themselves to kick 'em to the curb? Could it be that finally, they're learning that the Party of Death includes the Church on it's List of Death?
Posted by Paul Nichols at 9:58 AM 8 comments:

Obama Democrats stick with their man against the Church 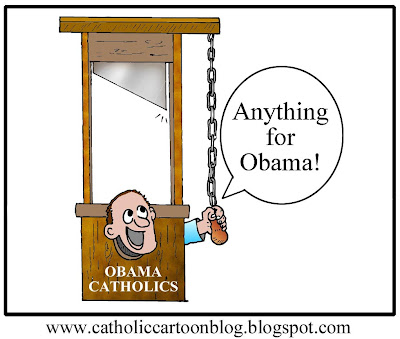 The Obamabot Catholics look like they'll go down with the Obama Ship in the battle against the Church. I think the cover has been blown off of their facade of claiming to be both good Catholics and good Obama supporters.
Go on over to the oxymoronic "Catholic Democrats" page and see the defense they put up: http://www.catholicdemocrats.org/index.php
Posted by Paul Nichols at 10:05 AM 1 comment: